This saturday, friends of mine, Joris Thoné and Stijn Hoebeke, are organizing a party called Raar Twin Peaks Feest, which can be translated as Strange Twin Peaks Party. This is already the 6th edition of these über strange but ever so hip theme parties. Previous theme’s have been Strange Hair Party, Strange Britney Party, Strange R&B Party, Strange Cork Party, you name it. The name of the event is actually derived from the name of the Antwerp based venue, called -suprisingly- Strange. Café Strange was once the first official gay bar in Antwerp, and is still a delightfully kitschy and disco-ball-decorated relic. If you ever wonder where the “over 50″ gay men spend their evenings, you’ll find them here in the delightful company of Armand -82 years of age-, the owner.

This movie was made as a teaser for the upcoming party. Originally, I was asked to do hair and make-up of the actors, who are all friends of Joris and Stijn. Eventually I ended up “acting” myself, since the girl who was normally playing the role of Donna couldn’t make it that night. I wore a wig that looks horrible, but hey, it was strange allright. I also did the hairstyling and make-up for Timo Sassen, playing the role of Audrey dancing to Mulatu Astatke. He has a moustache from himself, which gave the shot just that extra bit of strangeness.

The blooper version shows my expressive mimic… damn, didn’t know I could do dis.

Pieter and me at the Raar Haar Feest (Strange Hair Party) in april 2014. I wore three hair pompoms that Blonde made for the show of Stephanie Bösl, fashion designer, for her graduation collection at the Fashion Department of the Royal Academy of Fine Arts, Antwerp. The dress is vintage, from a market stall at Rockabilly Day, an annual rockabilly event in Assenede, Belgium. 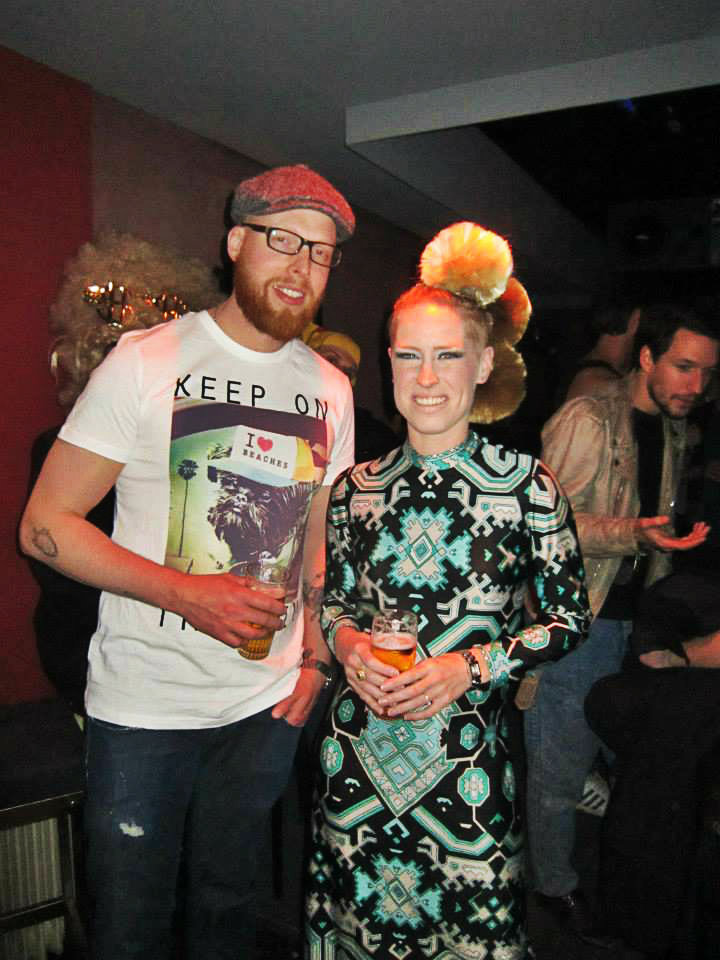